In my capacity as the personal art collection Curator of the collections of the members of the Soweto Gold Club, some of you have been building your collections with me since 1996. I have to advise each of you to make sure that you have at least one of each of Solly’s different styles in your collections, and for those of you that have been speculating with some of your artworks on the markets, make sure to acquire at least two or three for that purpose exclusively. As usual, I will consult on your choices on a one-on-one basis in this event either via zoom or WhatsApp on +27 (0) 78 310 6065.

In the early days after opening “Winston’s Fine Art” in Rosebank, 1996, many of you bought your first Winston Saoli’s on my advice, complaining at the time, about how expensive they were, selling between R 3,000 to R 15,000!! In subsequent years, some of you have sold those “expensive” works exceeding the R 60,000.00 mark … (No need to thank me, It’s been a pleasure). We have yet to reach the 1st level of Saoli’s prices “settling” and stabilizing in the market, which as you know I projected to stabilize at around R 100,000.00 for the average pieces by the end of 2022. We are on track thus far with steep increases seen in the last 3 to 4 years. You can do the math on the ROI of your initial investments…

Solly is the last living Soweto School of Art artist and with this exhibition, opening today and CLOSING ON THE 15th OF SEPTEMBER you have the unique and once-in-a-lifetime opportunity of still being able to acquire some of his original works at very fair and reasonable prices, way below their present market value in the USA. The knowledge of the “Soweto School of Art 1960-2010” as you know has not yet been made public to its full extent yet, for several reasons, the biggest being the delay of the book launch at ArtExpo New York 2020, where I was also booked as one of the key-note speakers. This event has presently been rescheduled for ArtExpo New York, April 2022.  All the national and international media coverage thereof is still intact.

As devastating, and negative as the COVID-19 pandemic has been to businesses across the globe, it has had a huge positive effect for us at Soweto Fine Art, and you, our clients, and collectors of the artworks by the Soweto School of Art group. The international renewed awareness and the highlighting of black history, culture, and heritage brought about by the “Black Lives Matter” movement, placed us center stage, perfectly positioned in the marketplace, being the oldest specialist black fine art gallery in Africa, specifically focussed on black history and culture as told in the

compositions of the artworks of the Soweto School of Art 1960-2010 group and captured in the pages of my book. We have forged strong partnerships, and long-standing relationships, in some cases of more than 25 years, with some of the foremost African American institutions. As of October 2021, we are implementing a strategic marketing plan which will not only benefit the African American Art collectors but will directly impact the economic growth and re-building of Sowetan society. Finally, the time has come for my group of friends the unrecognized, shunned by the establishment, “pavement artists” of Soweto to take center stage on the world art market, as their stories and histories are revealed through their artworks in the pages of my book, restoring their honor and legacies, providing for their surviving family members, SA society as a whole and I am able to fulfill my promise I made to them years ago as a naive 18-year-old teenager.

As a SOWETO GOLD CLUB member, you have a key to the MArtDEX® AFRICAN ART INDEX system which I have been developing for use by our collectors during the last 20 years. For those of you that are not privy to the information, in short, the MArtDEX® Index begins at a rating of 1 and ends at the top investment indicator of +5. Each point has a negative, base, and positive indicator, for example, the value 3:  >> -3, 3 , +3 <<.

Each position uses many qualifying factors which indicates the ART INVESTMENT potential of an artist, allowing you the collector, and investor a tool to use in building an alternative investment portfolio comprising fine artworks, in specific the artworks created by the Soweto School of Art 1960-2010 group of artists, and 21st Century contemporary black fine artists emerging from the Sub-Saharan Region. With the MArtDEX® Index as a tool, it is possible for anyone to make an informed decision of which artists and artworks to purchase for their specific needs. The MArtDEX® African Art Index Key is available to our Soweto Gold Club members through their ONLINE interactive art portfolios but can be purchased by none members as well, as per instructions further down. 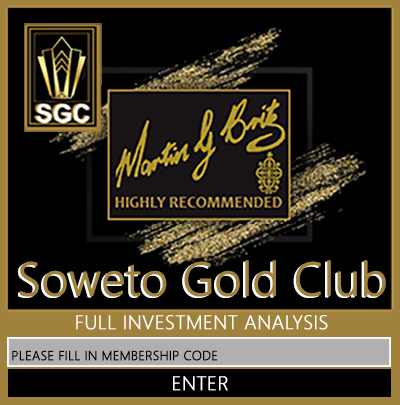 I am including this “shortened” version of the analysis for the benefit of non-Soweto Gold Club Members. Many factors play a role in the future value of an artist’s works and their potential as high-earning investments. Some of them include but are not limited to,  firstly the God-given talent of an artist, his development of that talent into a unique style, his mastering and application of materials, his choice of subject matter, and the underlying philosophy of his works if any. Once all of the above-mentioned has been combined, the next most important thing is the universal aesthetic appeal of his creations in the open art market space, where he will be competing with millions of other artists and images trying to capture the attention of the art buyers. At this point his or her works sell based purely on their aesthetic appeal, whether it’s a Picasso or a Stilltobepicasso does not matter.

The one commonality found in artists who reach a certain level of demand by the art buying public, as well as showing steady growth in the value of their artworks as reflected in the art auction record databases of industry specialists like www.artprice.com, www.mutualart.com, and www.artnet.com is the presence of an art professional, who has strategically managed and developed the artist’s career.

THERE ARE THOUSANDS OF WORLD CHAMPIONS, A SIMPLE ANALOGY …

We all know the name of the boxing promoter Don King, and the world champion boxer Mike Tyson, but let me tell you the story. Don King was the master of “making” multi-millionaire boxers, although he could not throw a punch if he wanted to! His talent was being able to spot the “raw” talent, that would deliver the next world champion, and knowing what to do with it, how to develop and perfect it, in which boxing ring to place it, and which opponent to chose for it as he strategically focussed and executed his plan on creating the next world champion. And then, one night, basking in the glory raining down from a roaring thunderous crowd of thousands of boxing fans, filling the arena in Las Vegas, and millions of viewers from across the globe, Mike Tyson becomes the new heavyweight champion of the world, far removed from the brawls in the back streets of New York City where Don first spotted him.

Moral of the story …

Don King couldn’t box his way out of a brown paper bag! But Don had a different talent, he could spot talent, talent big enough to become the best in the world. Secondly, Don knew what it would take to make a world champion, and the road leading to the end of that journey, being the ring in Las Vegas where finally his instinct would pay off, as a new world champion is crowned. Don couldn’t become the successful internationally acclaimed boxing promoter that he was without the Mike Tyson’s of the world, and Mike Tyson would still be wasting his talent brawling in the backstreets of New York City, never becoming world champion if were not for Don King.

As harsh as this may sound, the value of the artworks of an already acclaimed, sought after and established artist, increase exponentially after his death, simply driven by supply and demand as there are no new works entering the market to meet the demand. In addition, other factors come into play such as, in which prominent private, corporate and foundational collections has his works been included, in which publications if any does he appear, ha there been a book written on his life, was he part of a bigger art movement or group of artists, is there video material available on him and his artworks, to mention but a few. The factors mentioned above all form part of the strategic management of an artist and his career spoken about earlier. In Solomon’s case ALL the boxes mentioned above and more are ticked.

The second-highest rating on the INDEX.

(The MArtDEX® AFRICAN ART INDEX KEY which contains the definition of each index point can be purchased for R 299.00 and can be ordered via email from frontdesk@sowtofineart.co.za or by WhatsApp msg. to +27 (0) 78 310 6065)

The works being exhibited have been handpicked by Solomon himself, and the interpretation of each artwork as it appears on the certificate of authenticity and valuation has been done by Solly in person. Specific styles are exclusive to Soweto Fine Art and cannot be bought anywhere else. Purchasing the artworks during this exclusive SA offer at the DISCOUNTED PRICES until the 15th of September already shows an immediate ROI of a minimum of 35% simply due to the USD and ZAR exchange rate and the current value of similar works on the US market.

All of the artworks sold during the SA promotion of the exhibition are sold with the guaranteed buyback from Soweto Fine Art at any time, as per the terms and conditions of the Soweto Gold Club, in some cases, as indicated on the certificate of authenticity and valuation, it includes a 10% per annum return of investment on the original purchase price of the work, as sold and paid for during the promotion.